Everything to know about Chittorgarh the pride of Rajasthan

Chittorgarh Fort of Rajasthan is one of the most celebrated forts in the history of India. The epic tales of historical events, bravery, and sacrifice has been depicted in many books, plays, movies, and folklore. But the real Chittor is definitely better than the stories. Grand Forts, palaces, temples, and thousands of stories are ready to bestow the guests with amazing memories. The city is a significant destination in the Rajasthan Tourism circuit. Let’s uncover more information about the historical city.

The city has been the capital of the Sisodia Rajput clan for centuries. Chittorgarh Fort witnessed some of the fiercest wars in the history of India. Even today the valor of the Rajput warriors is immortalized in the folklore and traditions. The geographical location and abundance of fertile land made it a significant state.

It is believed that the city is over a thousand years old and it has been destroyed and rebuilt from the ashes again and again. It is said that Chittorgarh is the largest fort in India. There are many temples, monuments & palaces inside the fort walls.

Well, there are a lot of reasons to visit Chittorgarh but the main reason for visiting here is its massive hilltop fort, which is a symbol of the Rajput chivalry, culture, and values. Often dubbed as the Pride of Rajasthan, the fort is massive 13 km long covering over 700 acres of land. The city has been the center of religion, culture, and commercial activities. There are many attractive monuments in and around the city which holds great tourism value.

#1 Chittor fort – The Chittorgarh fort is declared as a UNESCO world heritage site under the hill fort category. The fort is one of the largest in India. It is a classic example of Rajput hill fort architecture. The fort was built using the stones excavated from the hill itself. It is believed that there were over 84 big and small water ponds created due to the excavation of the stones. These were used to retain the rainwater. You can still see 30 of these large ponds. The vastness of the fort could be understood by local saying which goes like this; ‘Gadho mei gadh Chittorgarh, Baki sab gadhaiya’. It means there is only one fort that is Chittod rest are fortresses. The view from the thick walls of the fort is breathtaking.

#2 The gates of Chittod Fort – To reach inside the fort one needs to cross seven massive gates. These gates are the symbol of Rajput pride and gallantry. You will find some interesting depictions on these gates narrating the stories of religion and the crown rule. These gates are Ram Pol, Hanuman Pol, Lakshman Pol, Padal Pol, Ganesh Pol, Jorla Pol, and Bhairon Pol.

#3 Temples in the Fort – There are many temples inside the Chittorgarh fort. These are known for the complex carvings depicting the religious stories and historical characters. The stone architecture of these temples will take your breath away with the intricate work. Some of these temples are dedicated to Lord Ganesha, Lord Sammidheshwara, Kalika Mata, Jain Temple, Neelkanth Mahadev Temple, and Kumbha Shyam Temple. Apart from these, you must not miss seeing the temple of Meera Bai. These temples are the center of religious celebrations, cultural activities, and the light decoration during the festive season is not to be missed.

#4 Vijay Stambh – Vijay Stambh literally translates to Victory Tower. The tower commemorates the victory of Rana Kumbha over Mahmud Shah Khalji of Malwa. The intrinsic architecture is an outstanding example of stone masonry. One can see attractive carvings outside and inside the nine-storey tower. It is said that some of the carvings were wrecked by the invaders but the most part of the tower still stands proudly intact.

#5 Kirti Stambh – Although smaller than the Vijay Stambh, Kirti Stambh is up to its reputation. Built somewhere in the 15th century the tower is dedicated to Jain Tirthankara Adinath Ji. A wealthy Jain businessman named Jijaji Rathod constructed the tower. The tower shows some innate carvings devoted to Jain religion. The height of the tower is 22 meters. The literal meaning of Kirti Stambh is the tower of fame. You will have to pass through the narrow stairway and 64 steps to reach the top of the tower.

#5 Rana Kumbha’s Palace – The palace is mostly in the ruins these days. It is said the Rana Kumbha spent a considerable amount of time at his palace in Chittor fort. The place is also famous for Panna Dai who sacrificed her own son to save Rana Udai Singh the son of Rana Kumbha and future ruler of Udaipur. One can still find the ruins of Shiva Temple, stable, zanana-mahal, and diwan-e-aam.

#6 Queen Padmini’s Palace – Of all the places in Chittor, this place has been mostly narrated in the movies. Padmini was the queen of Ratan Singh who was martyred fighting the tyrant Allauddin Khilji while she performed ‘Jauhar’ self-immolated herself in order to save the pride. The palace is surrounded by a shallow trench filled with water. It is believed that this structure was the inspiration behind the other water palaces in Rajasthan.

What is the best time to visit Chittorgarh?

The tourism season in Rajasthan starts in October and ends by March-end. These are the winter months in the desert state. The weather during the time is pleasant with moderate temperatures. We suggest you plan your trip to Chittor during these months for the best travel experience.

How to reach Chittorgarh, Rajasthan?

By road: Located at the conjunction of Rajasthan, Gujarat, and Madhya Pradesh, the city has excellent connectivity via national and state highways. Chittorgarh city is approximately 360 km away from the capital city of Jaipur. The highway connecting Chittor to Jaipur is in good condition and one can cover the distance by car within 5.30 hours. Alternatively, you can also board a super luxury bus to Chittorgarh in the night and start over with your trip afresh in the dawn. The buses are operated by both government and private bus operators.

By train: There are many trains connecting Chittod to Jaipur. Some run daily and some run weekly. Always check for the availability of the tickets in advance to avoid any inconvenience.

By air: The nearest airport from Chittor is Udaipur. Regular and trusted cabs are readily available from Udaipur to the historical town. The distance is approximately 70 km from Chittod.

Rajasthan is famous for its spicy food and hospitality. You will find some of the best cooked traditional recipes of the state in Chittorgarh city. Don’t forget to try Rajasthan’s special Dal, Baati, Churma, Gatte ki Sabji, Badam Halwa, Gatte ki khichdi, Poha while visiting the historical city.

Additionally, the street food in the city is worth giving a try. Some of the snacks include Samosa, Pyaj kachori, Raj kachori, Mawa kachori, etc. If you are a big-time foodie then we recommend you try Desi Thali.

Places to visit near Chittorgarh:

That was all you need to know about your trip to Chittorgarh. If you think we have missed some significant information do let us know in the comment section. 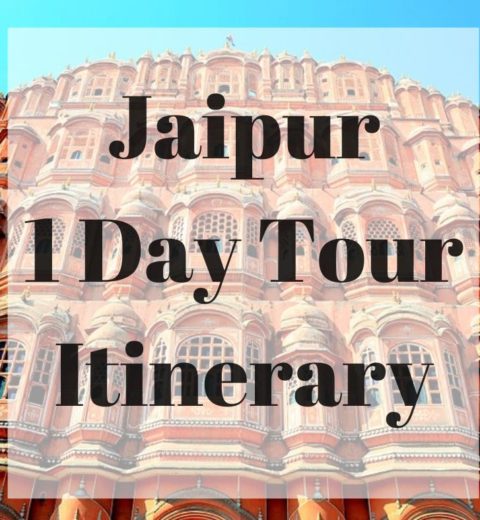 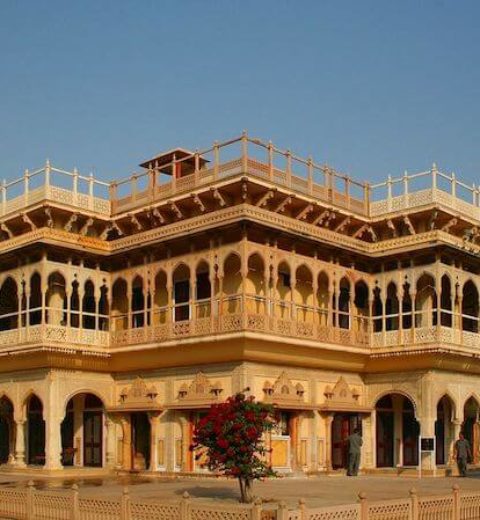 One Day Jaipur Trip Best Itineraries – How to Plan, Facts, Tips and FAQs 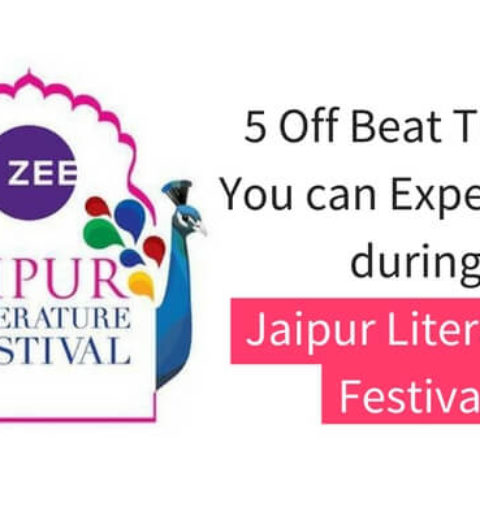 Attending Jaipur Literature Festival? 5 Off Beat Things You can Experience