It has been celebrated in the whole of Rajasthan from prehistoric times and religious processions are carried out on the eve of Gangaur in major cities like Jaipur and Udaipur.

When is Gangaur celebrated?

It is celebrated in March April month just after Holi and it commences after the 16th day of rituals. According to the Hindu calendar Gangaur festival is celebrated on the third day of Shukla Paksha of Chaitra Month.

What does Gangaur mean?

Here Gangaur means the devotion of people towards Gauri and Lord Shiva as the festival is celebrated in every household.

What is the religious significance of the Gangaur Festival?

It is a festival of marital bliss. Unmarried girls follow rituals for 16 days and worship Gangaur for being blessed with a good husband.

Married women celebrate it for long life and prosperity of their husbands. It is necessary for newlywed women to worship in the first year of their marriage in Rajasthan.

How is the Gangaur Festival celebrated?

Then Isar and Paravati are immersed in water bodies.

Celebrations in Jaipur are world–famous for its fair and royal procession. Gangaur ki Sawari or Ride of Gangaur processions start from Zenana Deodhi of City Palace where the royal family members worship Shiv and Parvati.

Then it ends as a fair near Talkatora traveling through Tripolia Bazar, Choti Chaupad and Gangauri Bazar. Local artists perform dances in front of the procession, Men wearing colorful turbans or Pagdi and ladies wearing traditional Indian colorful dresses from nearby villages also come to be a witness of the carnival.

The best spots to see and click pictures of vibrant Gangaur Mela are in Tripolia Bazar of the walled city. Sitting arrangements are made on the roof of the verandah of the market.

After the fair people go to visit relatives and friends and eat treats. An evening before, ladies and girls get Mehandi designs on their hands and legs as a custom.

It is a custom to eat and distribute Jaipur’s traditional sweet Ghevar. People eat ghevar and gift them to their sisters and daughters on the eve.

Where to buy the best Ghevar in Jaipur?

Since Ghevar is mostly used during Gangaur Puja and Celebration, so here are the best picks of restaurants from my side. 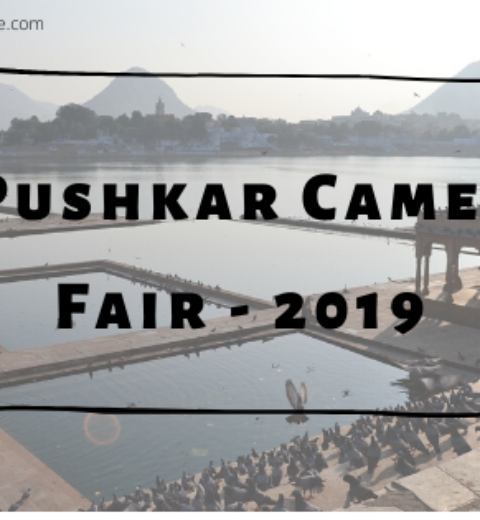 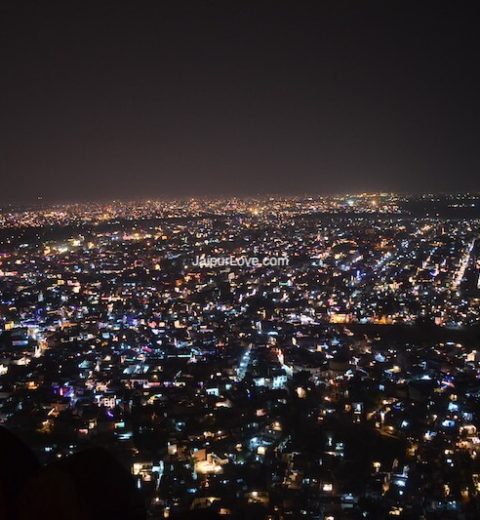 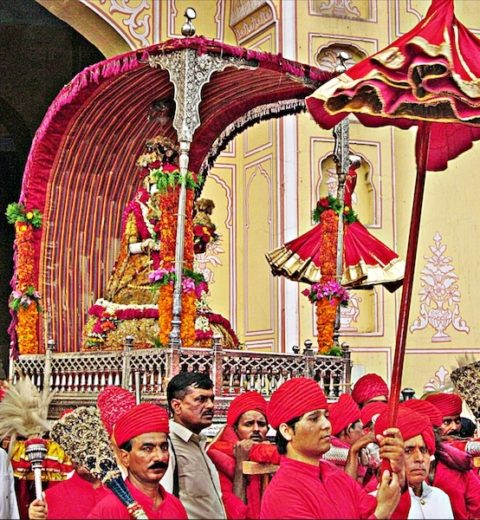