It’s the administrative capital of Rajasthan State and also an important centre of tourism, education and healthcare.

The capital city of Rajasthan is 280 KMs away from Delhi, capital of India located on Delhi-Mumbai connecting Road and Rail tracks which again makes it a choice for industries.

It is very popular amongst tourists because of its unique culture which is the perfect blend of modern life & heritage era. It is also known as the Pink City of India.

How to Reach Jaipur India?

City is very well connected via roads and rails to major cities of India. It is located on National Highway 48 (earlier it was number 8) which connects Delhi to Mumbai. Other highways that pass through are Highway 11 which links Bikaner to Agra and Highway 52 which links Jaipur to Kota. 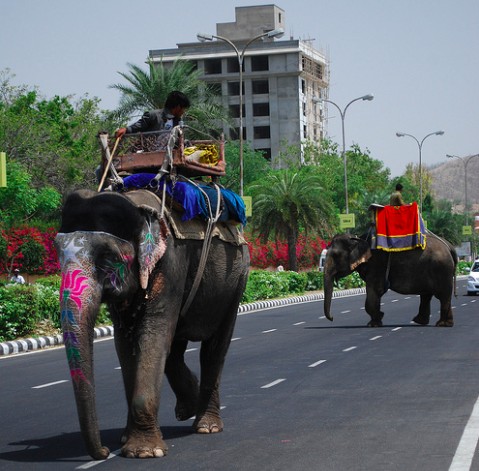 Jaipur is 6 hours drive away from Delhi. Rajasthan Roadways have daily service to major cities of Rajasthan and other States including Delhi from Sindhi Camp bus stand. Major Railway stations in Jaipur are Jagatpura, Gandhinagar, Sanganer, and Durgapura.

Jaipur is the Headquarter of North Western Zone of Indian Railways.

Important – If you’re looking to watch all important places of Jaipur in video, watch the one attached below. After the video, do read rest of the information we have shared here, which is all related to Jaipur, the pink city.

Why Jaipur is called Pink City of India?

Maharaja Sawai Ram Singh ll then ruler of Jaipur State ordered all markets and main buildings to be coloured pink to welcome Prince Albert of Britain in 1876. The colour pink or ‘Gerua’ is a symbol of warmth, courage and respect. 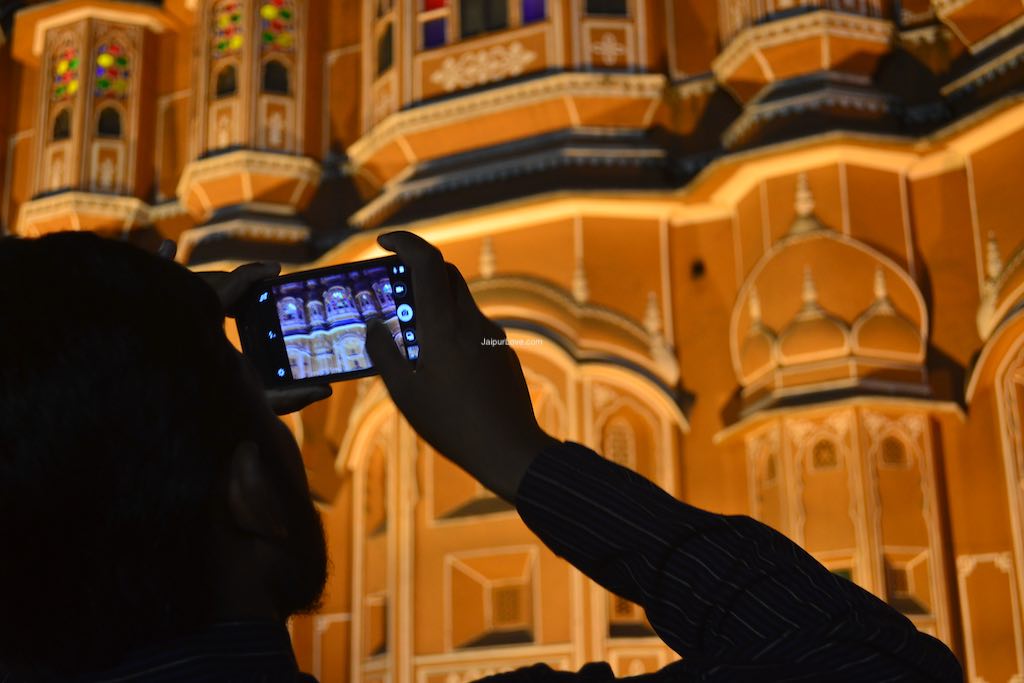 Thus, first Photographer Prince of India Raja Ram Singh ll ordered the markets to be coloured pink. Uniformity of city buildings and markets turned out to be so beautiful that later administration made it mandatory by law for main markets and buildings to be coloured in pink.

So, this is why and when Jaipur was painted pink.

Unless you plan to experience summer of Rajasthan, the best time to visit Jaipur is during winter season in India. You can also plan Jaipur city visit during monsoon period. Read all about Jaipur weather to get in-depth details.

Must Visit Places in Jaipur India

These are not all but a good list to finish of in two-three days visit to Jaipur city. You can also check our hand-picked one day Jaipur trip itinerary.

When was Jaipur established?

With growing population, Jai Singh ll started feeling a need for bigger city which could accommodate growing population and provide for fresh drinking water. Thus. Jai Singh ll founded Jaipur in 1726 and after 4 years of work, main markets and buildings were finished. You can read more about Jaipur history in our detailed coverage.

The walled city of Jaipur is still the epicentre of all activities in Jaipur. More than 55% of all the commercial activities take place within the Walled City of Jaipur. It was built in 5 km square in 9 blocks.

7 blocks were for general public and 2 were reserved for Palaces and Royal Mansions. The main market of Tripolia Bazar, Ramganj Bazar and Chandpole Bazar are in a straight line from east to west.

Other markets like Jouhari Bazar, Kishanpole Bazar cross them perpendicularly on square distinguishing crossings called Chaupads. Earlier there were only seven entry gates, later on, Singh Dwar and New Gate were built.

Since it was established Jaipur has been famous for its architecture. From first stone laid in 1726 to 21st Century architecture in Jaipur City has set examples for the world which are still studied and praised.

The formation of main markets, broad roads were way ahead of its time. Forts like Jaigarh and Amber Fort are built on Aravali Hills and they still stand strong.

First, it was the fusion of Rajput and Mughal Architecture then after the influence of British, monuments like Albert Hall were made.

And, in modern times buildings like Shree Cement Office on JLN Marg and Motisons Tower on Tonk Road are an attraction.

Distinctive architectural town planning puts Jaipur on World Tourism Diary. 17th century City markets coloured in pink and palaces makes it a royal romantic story for everyone. Due to its political influences, monuments in Jaipur have a mark of fusion of Rajput, Mughal and British architecture.

19 architectural instruments were used to calculate time, celestial movements, predict weather and other astronomical values. Jantar Mantar is still in working condition and opens for tourists. Jaipur is also famous for coloured stone jewellery. Jaipur is the hub of rough coloured stone’s cutting, polishing and trading.

The culture of Jaipur promotes various Art forms like dancing, painting, music and statue making due to which some correctly consider Jaipur as Paris of India.

Places to Visit in Night in Jaipur India

There are many options available to explore in Jaipur in the night. There are regular Light and Sound shows in Amber Fort, Amar Jawan Jyoti and Jantar Mantar.

There are few discs and pubs in town, catching up with the western culture.

Pink City India is guarded by three forts and Aravali hills. Amber Fort is the oldest one. Foundation of Amber Fort was laid by Meena Kings and later Kachwaha Rajput Kings expanded it into present structure.

It is famous for its bright yellow colour, paved courtyards, long galleries and a breathtaking view of Maotha Lake. Adjacent to Amber Fort is Jaigarh Fort which was built in 1726 by Jai Singh ll. It was built to provide extra protection to Amber Fort.

Jaigarh Fort is named after Jai Singh ll and it is famous for ‘Jaivana’. Jaivana was once the largest cannon on wheels in the world. Jaivana was built in Jaigarh Fort only. And the last one is Nahargarh Fort.

Over the years Cuisine of Jaipur has adopted from various cultures. Jaipur Cuisine is prepared according to the weather and the occasions. Various restaurants provide for traditional Rajasthani food like Dal, Bati & Choorma. 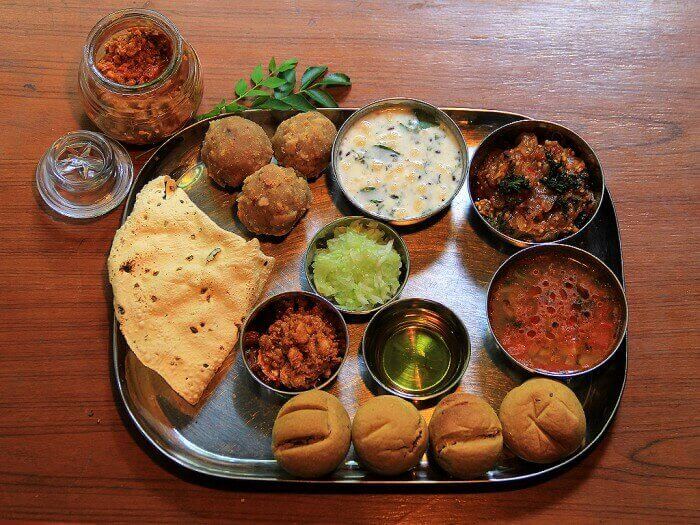 But with development and settling of people from other parts of the country, various restaurants offer Punjabi Cuisine, Mughalai Dishes, South India Food and Chinese Food. Jaipur Cuisine is generally a balance of spicy and sweets.

However, like every other North Indian Family’s Kitchen Roti, Dal, Rice, Pickle, Salad and vegetables are the staple food of Jaipur.

Elephants are considered sacred animals in Indian Culture. Elephants are symbolic of power, wealth and prosperity. Tourists can have an Elephant ride in Jaipur. The facility is managed by Tourism Department and female elephants are used for the ride.

Elephant ride in Jaipur starts from downhill of Amber Fort and commences at the Fort entrance. To protect elephants from cruelty everyday trips per elephants are fixed. Veterinary Doctors perform regular checkups of these magnificent animals. Tourists are advised to arrive early to avoid missing the ride.

Golden Triangle India refers to a tourist circuit which covers national capital Delhi, Agra and Jaipur, the Pink City of India. Each city is approximately 5-6 hours drive away from each other. 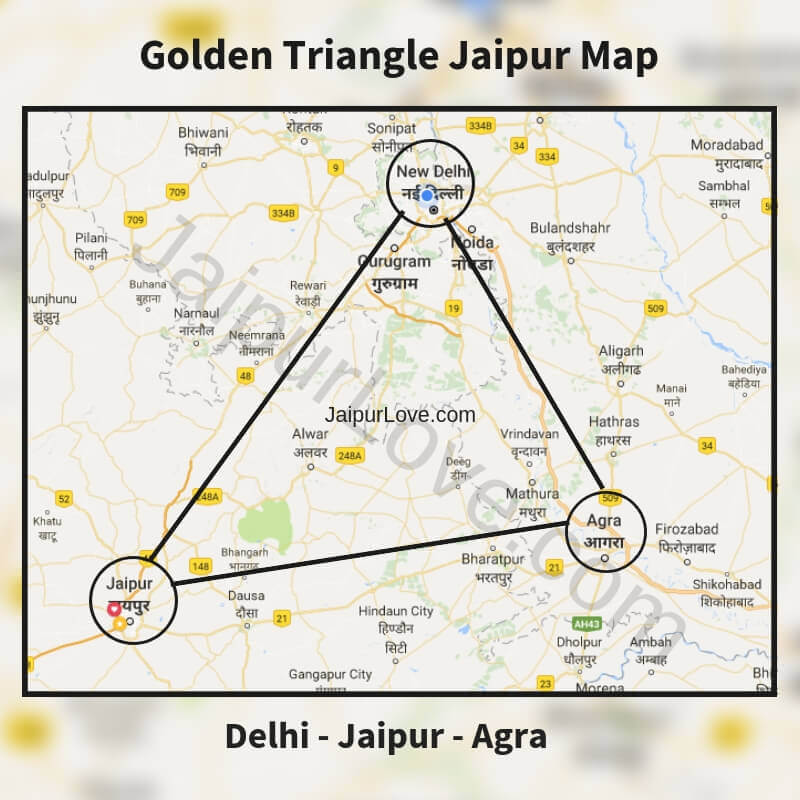 Most of the Foreign Tourists plan their visit to cover this circuit. Jaipur is an important destination as it is considered the Gateway to magnificent Thar Desert landscapes and Palaces of Rajasthan.


In case you’re coming from Capital of India to Capital of Rajasthan, then I suggest reading Delhi to Jaipur coverage to have proper guidance on transit options.

Liked are efforts about Jaipur? Follow our Facebook community and show some love there. Sharing is caring, remember?