Princess Diya Kumari has been making news for all the good reasons lately. First, she was elected as an MLA and then earning a ticket to contest for Member of Parliament seat in India. She brings the same charm and elegance to the title she bears.

Even though India is a democratic country there are thousands of tales of royal families, their lavish lifestyle and grandeur palaces. Once the forts and palaces were the epicenters of politics and diplomacy but today most of these are converted in museums and hotels. Most of these are managed by family-run trusts. Similarly, the Royal Family of Jaipur is working rigorously in conservation and humanitarian efforts for the people of Jaipur and India.

Although the constitution of India doesn’t recognize the titles of the Royal Family of Jaipur however they are well respected all around the world. Currently, Princess Diya Kumari’s son Maharaja Padmanabh Singh is the Maharajah of Jaipur.

Who is Diya Kumari?

The very gracious Diya Kumari is an Indian Politician and a Member of Parliament from Rajsamand constituency. Diya Kumari defeated Devkinandan of Congress party to win Rajsamand seat in 2019. She joined Bhartiya Janta Party (BJP) in 2014 and won Member of Legislative Assembly seat from Sawai Madhopur.

She is the only daughter of Late Maharaja of Jaipur, Shri Bhawani Singh.

Diya Kumari is the Princess of Jaipur.

Diya Kumari was a Member of Legislative Assembly in Rajasthan from Sawai Madhopur constituency. Currently, she is contesting election for Member of Parliament from Rajasamand District on BJP’s ticket.

She was born on 30 January 1971. Unlike other members of the Royal families around the world, Diya Kumari was raised like a normal child. She claims that it helped her lot to grow the understanding of the common people.

A graduate in Arts from London, she manages the properties of Jaipur family; City Palace of Jaipur, Jaigarh Fort, The Palace School, Maharaja Sawai Bhawani Singh School, etc. You can visit the City Palace in Jaipur and have a look into the lavish lifestyle of the Maharajahs of India.

What is the net worth of Princess Diya Kumari of Jaipur?

The net worth of the Royal Family of Jaipur is speculated in between $697 million and $2.8 billion. Diya Kumari holds significant shares in the properties and wealth.

Diya Kumari got married to Mr. Narendra Singh Rajawat of Kotda Village in Tonk. The royal family of Jaipur and specially Bhawani Singh Ji was criticized for the marriage as both bride and groom belonged to the same clan ‘Rajawat’. However, Princess was determined for her decision. The couple has three issues from the marriage; HH Maharaja Padmanabh Singh, Baisa Gauravi Kumari, and Prince Lakshraj Singh.

She has claimed in various interviews that Narendra Singh Ji was not her ADC or Chauffer as many media houses have wrongly speculated. He is a Chartered Accountant by qualification and owns a construction business. They met when he was working in The City Palace Museum.

The Royal couple filed for divorce in 2018. They jointly released a statement citing the reasons to be personal.

How is Princess Diya Kumari related to Gayatri Devi?

Where does Princess Diya Kumari live?

City Palace of Jaipur is the residence of Princess Diya Kumari. Although, it is converted in a museum many parts of the Palace are kept for private use for the Royal family.

Humanitarian efforts by the Royal Family

A very humble princess has founded the Princess Diya Kumari Foundation to empower the underprivileged. Apart from that, she is an active politician of the Bhartiya Janta Party. She has dedicated herself to the upliftment of needy people.

Don’t forget to like us on Facebook and remember your comments and shares help us make the blog better. 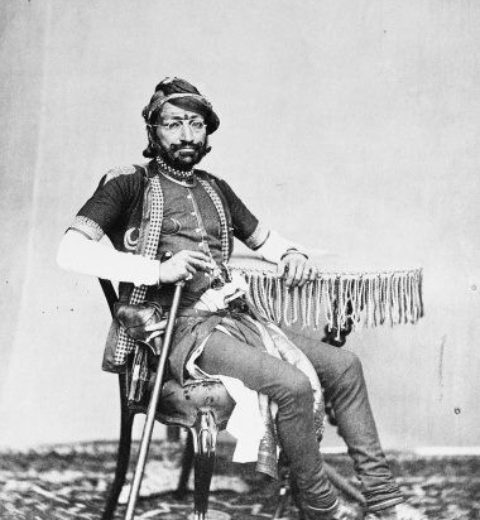