What is Nahargarh? Nahargarh is a hill fort in Jaipur, Rajasthan. It is built on 700 ft high aravali hills encircling the Pink City. This fort was built for the purpose of fortification protection to Amer.

Where is Nahargarh Fort in Jaipur?

The fort stands north to Jaipur city on the edge of aravali hills. The palace complex is well visible from every part of city. Its extended walls are spread in many kilometers area.

Why it is called Nahargarh?

There are 2 theories on the fact –

Sawai Jai Singh ji ll laid the foundation of Nahargarh in 1734 AD. Nahargarh Fort was built for many reasons. Namely;

Sawai Ram Singh ll extended the fort in 1868 AD. But the main palace complex, Madhavendra Bhawan was built by Sawai Madho Singh ji in 1883-1892 AD. This answers who built nahargarh and when was nahargarh built?

It is estimated that a sum of 350,000 Rupees were spent on its construction.

This fort never saw any action but witnessed some historical events like the treaty with Marathas in 18th century. Ram Singh ll moved British Resident’s wife and other Europeans to the security of the fort during 1857’s war of independence.

This fort is an excellent example of Indo-European Architecture. The bright yellow coloured fort is made of stone masonry and lime. Large courtyards, towers and grand gates are influence of rajputs architecture. Madhavendra Bhawan , the main palace compound was built by Madho Singh ji. It is the focal point of the fort.

It comprises of 9 double storeyed suites for 9 different queens. These suites are identical and are connected to each other by corridors. The suites are beautifully decorated with Rajput Mughal frescoes depicting lifestyle, flowers etc.

These frescoes contrast with coloured glass windows. Palace windows open to Jaipur city which reminds of the royal life of the ladies. The 10th suite was meant for king himself. Notably, each suite has its own kitchen and toilet. To summarize, here is a list of 9 suites named after the queens:

Water Reservoirs or Baodis of Nahargarh

As most Rajput Hill forts in Rajasthan, Naharhgarh also has its own water conservation system. There are 2 baodis or step wells inside the fort. One is in the front of the palace and other is opposite to Madhavendra Bhawan. These are built using the cut in the natural rifts. They both are connected to many canals in the area in order to collect rain water. The water stored in these was enough for a year’s need. Interestingly, a Bollywood movie Rang De Basanti was shot at this site.

Nahargarh is also a site for Wax Museum. The one of a kind museum showcases wax and silicon statues of various celebrities who have contributed well for the society.

The Sheesh Mahal in the museum is a real life back ground for sculptures of Maharajas and Maharanis. The museum opens daily at 10:00 AM and closes at 6:30 PM in evening. Entry charges for Indian visitors are 500 Rs and for Foreigners is 700 Rs per person.

The switch to lights on the Palace is on till 9 PM in night. Recently, the lighting was extended to fort walls. The golden coloured palace looks like a huge canvas over Jaipur city. The entry to the fort is closed by 5:30 PM in evening.

Many daredevils go to the fort late night or early morning to see city light, sunrise and sunset. The fort is in middle of dense forest. It is advisable to visit the fort in group. And take extra caution while driving on the curvy roads. Mobile networks on the fort have a bad reception at some spots.

Rajasthan Government has permitted two restaurants in the fort complex to promote night tourism. Visitors can have refreshments and proper meals at these. If you wish to experience the mixture of royalty and calming forest breeze, these are the two options:

The fort opens everyday at 10:00 AM and closes at 5:30 PM in evening. It is closed for visitors on Dhulandi (Holi).

Entry is free on these days –

Entry for School/College groups is free from 10 AM till 12 PM.

Places of interest near Nahargarh:

The prominent fort lies on the border of hills separating Jaipur city from Reserve Forest. To summarize, here is a brief list of places of interest around nahargarh with their distance –

How to reach Nahargarh Fort

There are two routes to reach Nahargarh. One is a pakka asphalt road cut from Amer Road (Jaipur – Delhi Road). It is suitable for buses, cars and two wheelers. And, another route is paved uphill path of 1 kms from Nahargarh Road.

Although, bikes pass through this road but the vertical road is a challenge for all. The road cut from Amer road is more popular and safer one. The hilly road up to the fort is 9 kms long. It could be covered by car, cab, taxi or two wheelers.

A walk to Nahargarh from Nahargarh Road is promising of city life, vertical trek and panoramic view of Jaipur city. Visitors are advised to finish their journey before dusk. 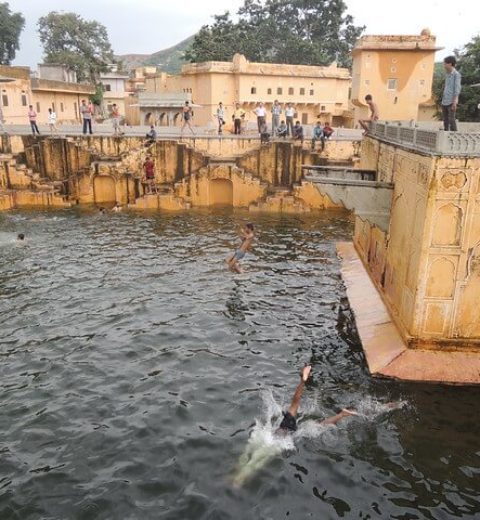 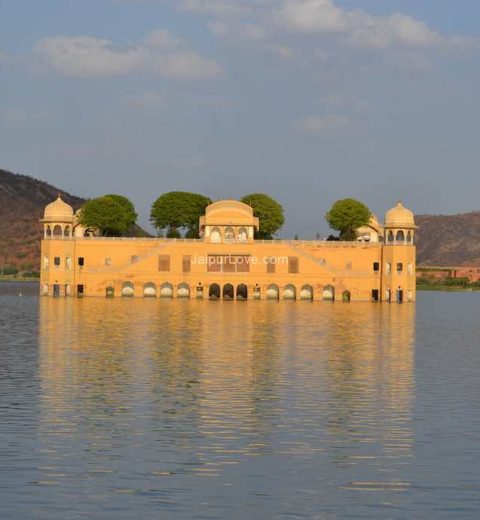 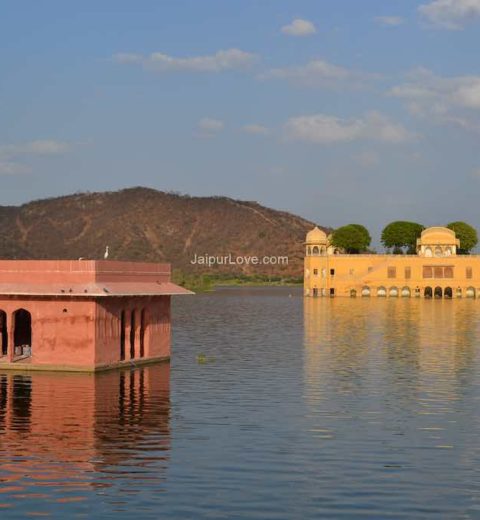